How memory is managed in .Net?

Hopefully this article will help some of my friends who are still confused about the Stack and Heap.

When the Garbage Collector will be called to clean up unnecessary objects from memory. Non deterministic finalization is performed when the CLR foresees a memory deficiency.

How memory is managed for Value Type:

In above figure you can see what happens in first two statements, simple value of variable a and b is storing in stack, now let’s see what happen in 3rd and 4th statement.

Now we will just see for Reference Type:

Now let’s see how value will store in stack and heap in reference type.

Now we can see here for first statement…

Now we will see for next two statements:

Now we can see that the address is transferred from prog to prog1, and address is same so the value of that particular address is going to change as change is having on address so the value will be overriden in the Heap.

Hope you have gotten idea that how exactly reference type stores the value….

Now finally I will talk about very important thing that is how exactly string stores:

Now we will see how value will store for this program:

In this diagram we can see that the address is transferred from s to ss, so as well as the value will also be transferred to ss, so in heap value will be overriden.
Now come for the next statement….

As in this image we can see that, as we just add “and welcome” in string “s”, then the value is changed at the address but in the heap hello will be at it’s own position so the value will not be overriden, and the new value of “s” will be stored at the new address which is here 6000. So now the address also will change for “s”, now the new address for “s” is 6000.

Immutable string cannot be changed once declared and defined. In a simple word, if we declare a string for example, string str = “interview”, a memory will be allocated for it and “interview” string will be placed in the memory.

You might be thinking that if we append a string or assign a string to variable str then just another memory is getting created because of immutable properties of string and older one is getting collected by GC and destroyed, then what is the advantage of immutable string in C# programming language.

Read another interview question benefits of immutable string in CSharp.

C# mutable string means a string in a memory can be changed or modified and no new memory will be created on appending a string. We can use string builder class to create a mutable strings in c# programming.

What is Garbage Collection and Why We Need It?

When you create any object in C#, CLR (common language runtime) allocates memory for the object from heap. This process is repeated for each newly created object, but there is a limitation to everything, Memory is not un-limited and we need to clean some used space in order to make room for new objects, Here, the concept of garbage collection is introduced, Garbage collector manages allocation and reclaiming of memory. GC (Garbage collector) makes a trip to the heap and collects all objects that are no longer used by the application and then makes them free from memory.

When any process gets triggered, separate virtual space is assigned to that process, from a physical memory which is the same and used by every process of a system, any program deals with virtual space not with physical memory, GC also deals with the same virtual memory to allocate and de-allocate memory. Basically, there are free-blocks that exist in virtual memory (also known as holes), when any object request for memory allocation manager searches for free-block and assigns memory to the said object.

**You may face out of memory error due to virtual memory full.

GC works on managed heap, which is nothing but a block of memory to store objects, when garbage collection process is put in motion, it checks for dead objects and the objects which are no longer used, then it compacts the space of live object and tries to free more memory.

Basically, heap is managed by different ‘Generations‘, it stores and handles long-lived and short-lived objects, see the below generations of Heap:

How GC Decides If Objects Are Live?

GC checks the below information to check if the object is live:

When GC Gets Triggered?

There are no specific timings for GC to get triggered, GC automatically starts operation on the following conditions:

What is Managed and Unmanaged Objects/Resources? 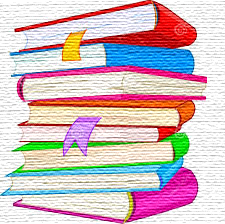 Managed objects are created, managed and under scope of CLR, pure .NET code managed by runtime, Anything that lies within .NET scope and under .NET framework classes such as string, int, bool variables are referred to as managed code.

UnManaged objects are created outside the control of .NET libraries and are not managed by CLR, example of such unmanaged code is COM objects, file streams, connection objects, Interop objects. (Basically, third party libraries that are referred in .NET code.)

When we create unmanaged objects, GC is unable to clear them and we need to release such objects explicitly when we finished using them. Mostly unmanaged objects are wrapped/hide around operating system resources like file streams, database connections, network related instances, handles to different classes, registries, pointers etc. GC is responsible to track the life time of all managed and unmanaged objects but still GC is not aware of releasing unmanaged resources

There are different ways to cleanup unmanaged resources: